Creating a show and conquering the Edinburgh Fringe by Tim McArthur 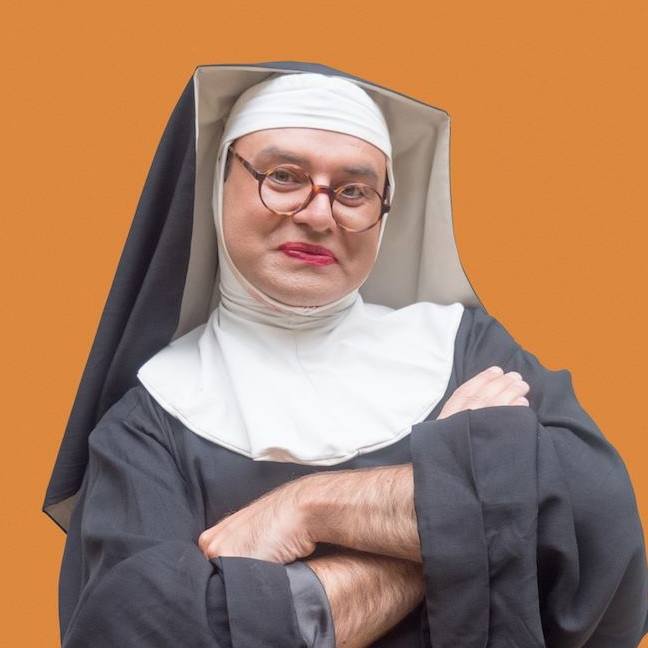 With over 20 years on the cabaret scene Tim McArthur and his alter ego Sister Mary McArthur have won critical acclaim and across the world. As an actor, presenter, singer, writer and director he is bursting with great advice for anyone who wants to take the cabaret world by storm. This interview covers everything from putting your show together, how to talk to an audience and how to crack the Edinburgh Fringe Festival.

How to come up with a theme

When creating a show start by choosing a theme. What have you got to say? What’s your message? Tim says, “You need to find an interesting way of telling your story. The more personal it is the more it engages your audience.”

I can’t stress that enough. Make it personal.

Even if you’re choosing a theme that’s not unique to you, (for example the music of the 1920s, Sondheim or Latin America) you need find personal meaning in there somewhere. Otherwise you’re not doing cabaret, you’re just singing a bunch of nice songs; you might as well be doing background music in a restaurant.

Make a list of all the songs you know or those you think might work in your show. It should be a big list. Now is not the time to filter.

Put the songs into lists of styles and types

To help manage your song list group them together based on style or type. You could have Openers, Ballads, Love Songs, Character Songs, whatever you like. Some songs might fit in more than one group. That’s fine. There’s much more about this in chapter 4 of Cabaret Secrets.

You should now have a more manageable list to work with. At this stage you might take a tip from New York’s Steve Ross and write the song titles down on individual cards so you can easily move them around to put your running order together.

As you know I am a huge champion of using a template: a tried and tested structure on which to base your show. It seems almost everyone I talk to does the same and Tim is no exception. You can find my sample templates in Cabaret Secrets but Tim likes to start with something short and snappy to get the audience’s attention. He usually follows with a couple of personality songs that are warm and engaging. He only introduces the edgier stuff later in the show.

Think about putting your songs into sections which carry a particular message or tell part of your story. The audience don’t need to know what the sections are, they’re more for your sanity when putting the show. Sections help to create a flow for the set.

Though Tim follows a template he doesn’t let it restrict him. Sometimes he’ll break he own rules to catch the audience off guard.

Tim on talking to the audience

The more you perform the more confident you’ll become. This will help make talking to the audience easier. Write yourself a script so you’re clear about what you’re trying to say. “You have to bring your personality out in your links and the songs.”

Practise your ‘lines’ a lot. You need to sound as natural and ‘real’ as possible on stage.

Tim on preparing for your show

Tim treats cabaret with the same professional approach he uses for a full two act musical. He leaves nothing to chance. He likes to practise his whole show from start to finish the night before each performance before going to bed. He says all the links and speaks the songs (without music). He imagines the whole scene in front of him as the show unfolds.

“Cabaret is a mini-musical about the person on stage.” Tim McArthur

Tim on the Edinburgh Fringe

Though Tim had great success with his Sister Mary McArthur show at the Edinburgh Fringe he still only broke even. That’s how tough it is to make money in Edinburgh. He thinks you should budget between £10,000-£20,000.

He told me that so much of your success, “…depends on your venue and your time slot. You have to have a really good venue, good marketing and somewhere decent to stay. You have to do everything you can to spread the word so get your flyers out and sleep with as many people as you can! Remember you probably won’t make any money but it is an amazing experience.”

Be prepared to get out there and flyer your show. Use every chance you get to be seen and spread the word. Tim would usually flyer for about two and a half hours every day. He admits it was better to avoid the Royal Mile and “exit flyer” as people were leaving similar shows to his. Get good posters and make sure you advertise in the Fringe Guide.

If you fancy performing their yourself, plan ahead and make sure your show is ready. Don’t rehearse it there. Run it out of town first. A good start is to visit the Fringe yourself to see what it’s all about. Find the kind of venues you think would suit your show and make contact with the people who programme the venues.

Finally, Tim advises anyone who makes it to Edinburgh to look after their health. “Don’t have too many late nights. Edinburgh is a month of working hard and playing hard so take care of yourself.”