How to Get A Standing Ovation 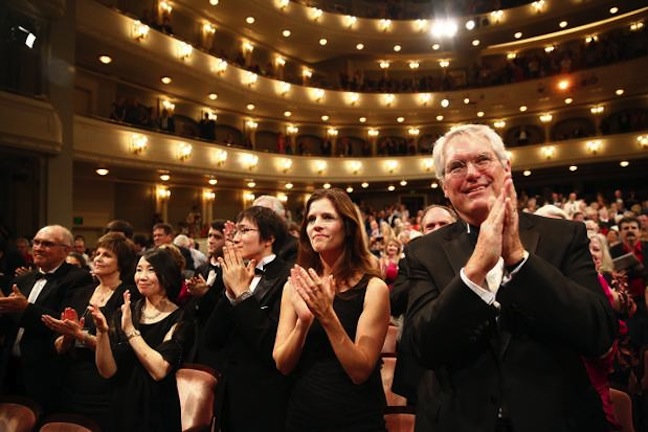 There are two ways an audience can really show their appreciation: give you a standing ovation and buy a CD. One’s good for your ego, the other pays your bar bill.

When I first started working on cruise ships I almost always got a full standing ovation. I came to expect it. If it didn’t happen I’d be cross with myself – I must have messed something up, not given them enough, or whatever.

With more experience my act improved and a strange thing happened. People stopped standing up. I’d do a great show but no matter what I tried, no standing ovation. I drove myself crazy trying to remember what I used to do that had worked so well.

Then I realised. I ‘d started working for Royal Caribbean and Celebrity cruises singing to Americans. Years later it was mostly for Cunard and Princess singing to Brits. Nationality was the difference.

Americans and (surprisingly) Germans come to shows wanting to have a good time. They are responsive and eager to show their appreciation.

I spent over eight months singing to Brazilians – the most fun loving and responsive audiences anyone could wish for. As soon as I’d come down into the house I’d be posing for pictures, kissing the women and high-fiving the kids. When I’d do the same to a house full of Brits, they’ll either look away in fear or glare at me like I’d just driven over their cat.

Nationality is only part of the answer. More sophisticated audiences (wherever they’re from) are harder to please. They’ve seen it all and done it all, and though they can’t remember it all, they do know what’s what. It takes more than a middle-aged, bald bloke singing My Way to get a rise out of them.

Getting people on their feet is so important to some performers that there’s little they’ll stop at to make it happen. Comedian Alan Stewart and I recently make a list of tricks the more cunning performers use. When I say cunning I mean shameless.

Brian Conley told me two tricks he’s used in pantos. One was to say, “Did you all enjoy the show?” and when they all shout “Yes!” Brian would say, “No you haven’t. Because if you had you’d all stand up,” then he’d just wait until they did. The poor audience was either with him or against him. The other trick was simply to order them up. He once closed a panto with a song that included the line, “Stand up! Stand up!” and they all did.

It’s not only cheeky headliners who have to ask for it. I just saw a brilliant production of Saturday Night Fever on Royal Caribbean’s Liberty of the Seas. It’s a great show and the house was full of Americans. As the bows started, no one stood. I was surprised. The bows go on for ages though, all the time building in energy until a final “hit mix” starts and someone says, “Let’s turn this thing into a party! Everybody on your feet!”. Bingo.

When newcomer Frank Sinatra first started singing at the Paramount Theatre in New York, his manager paid a small number of young girls to scream and go hysterical when Frank sang. They empowered everyone else in the audience to do the same. It was a trick, a lie in fact, but who cares? Every went home happy and a “sensation” was created.

All this works both ways. I’ve seen shows where the audience wanted to get to their feet but didn’t. Sometimes the artiste doesn’t wait long enough, the lighting’s wrong or no one was brave enough to be the first up. That’s where technique comes in.

It’s also fair to say that if the act isn’t any good there’s no trick in the book to save you.

My advice is not to pay too much heed either way. You are your own judge. You know if you’ve done a good show regardless of whether the audience stands up or not. Allan Stewart agrees. When he was starring in Jolson he went crazy trying to figure out why they stood up some nights and not others. He even kept a graph, literally charting the standers. “After all these years,” he told me, “I’ve finally realised there’s no reason or rhyme to it.”

My old manager used to tell me that we artistes have such big egos that they never take responsibility when something goes wrong. We’ll blame the sound, the band, the lights – never ourselves. He was wrong. A show depends as much on the audience as it does on the artiste. If they’ve had a great day and enjoyed a few drinks before the show they’ll be far more responsive than if their dinner was cold and it’s pouring with rain outside.

There are 100 elements effecting the audience’s mood and energy and you’re only one of them. Just do the best show you can and don’t but too hard on yourself if they don’t jump to their feet when you’ve finished.

You can hear the interview with Allan Stewart here.

Can you suggest any more ways to coerce the audience? Have you been on the receiving end of some of this shameless trickery? Leave a comment and let me know!